On Writing For Emergence…

Back on November 5th, I mentioned how I’d committed to a group writing project, based on the theme of Emergence.

And for some reason, I’ve really struggled with this subject.  I have actively mulled it over for weeks.  And have had trouble coming up with what I felt I could write about.

To get my head around the concept, I’ve been studying the definition and history of the meaning of the word Emergence.

Initially my only concept of the meaning was essentially that of birth.  Something coming into being when once it wasn’t there.

But simply that take alone wasn’t sitting well with me on a personal level.  My entire concept of reality is rarely that there are night and day changes.  There are all these tiny steps along the way, little micro changes that always lead us in one direction or another.  And it’s the sum of those tiny steps that come together into a culmination that suddenly look – to someone outside – as something completely different.  But from my own life, I know the tiny steps I’ve made all along.  Some chosen with precision, others simply allowed.  But conscious stepping none the less.

But then I got further into the philosophy of Emergence, as a concept that’s been around since Aristotle.  I can across this definition:

“In philosophy, systems theory, science, and art, emergence is conceived as a process whereby larger entities, patterns, and regularities arise through interactions among smaller or simpler entities that themselves do not exhibit such properties. “ 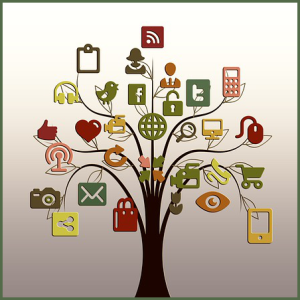 And I realized – this is what I already see.  It’s my concept of Life.  This is about fragments that turn into collections, that turn into systems and then communities.

It’s about the catalyst inside each individual part.

Whether it’s the massive patterns you see in human history and natural evolution, where on the micro scale things seem sudden, but when you pull back and look at the whole, you realize – this was always coming.

Little individual pieces that once operated on their own, grouping together in tiny bits, then connecting again to more tiny bits, and before you know it, there’s a whole new energy.  A whole new life.  A whole new concept and wave-length and even a birthing of ideas and possibilities that weren’t there before the joining.

I’m not sure I can quite flesh out what I’m going to say for my part of that book project, themed “Emergence,” just yet.  But I see community this way. I see the connections I’ve purposely made or facilitated between people this way.  I’ve networked people and information nearly all my life.  I have created entities that did not exist before I came to be.  And even more importantly to me, I’ve facilitated memories.

And in that regard, I am a creator.  Working in my lab, allowing the Hand of the Muse to press upon me, connecting the patterns I see possible, putting pieces of an unknown puzzle together and then standing back to watch it take on its own life.

There’s something here in this project for me.  That I know.

I haven’t quite given voice to just what.  But I think this is where I’ll start.

One response to “On Writing For Emergence…”